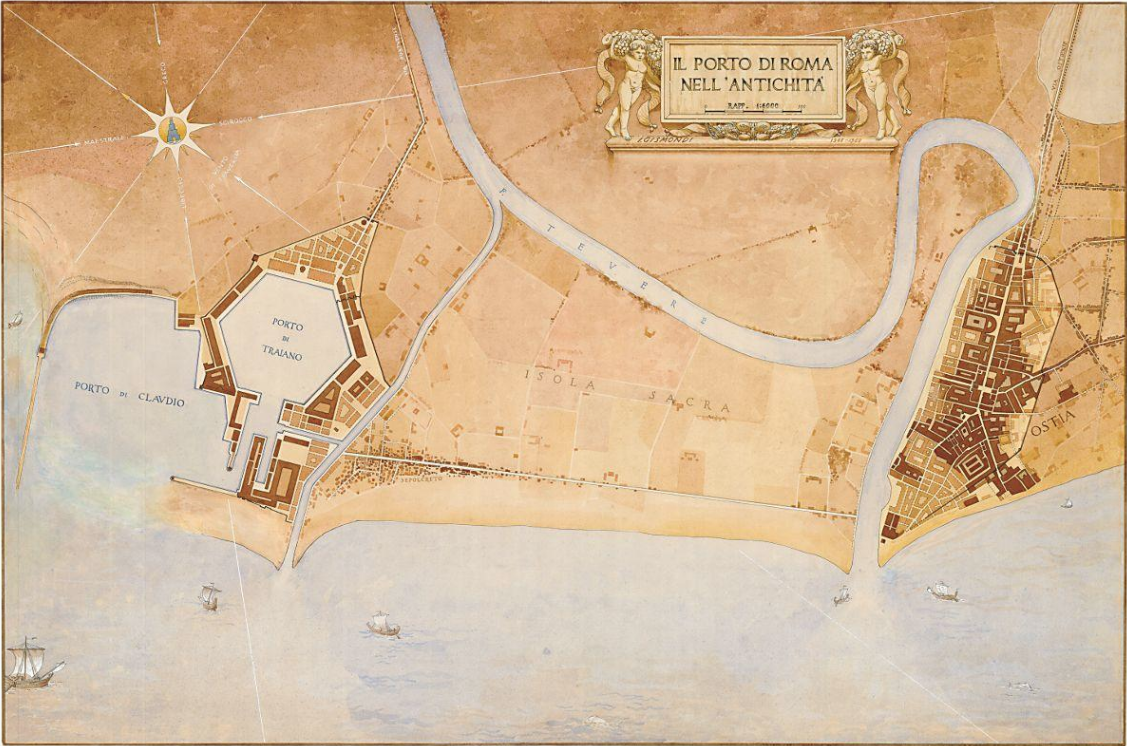 The Drawings Archive of Ostia Antica, preserves about 14,000 drawings which are largely the result of the intense activity of graphic documentation collected since the nineteenth century

during the first excavation campaigns carried out in Ostia Antica.

in addition to their intrinsic and priceless iconographic content, they illustrate in detail the transformations that have taken place in the techniques of representation

of archaeological design from the nineteenth century to the present day. 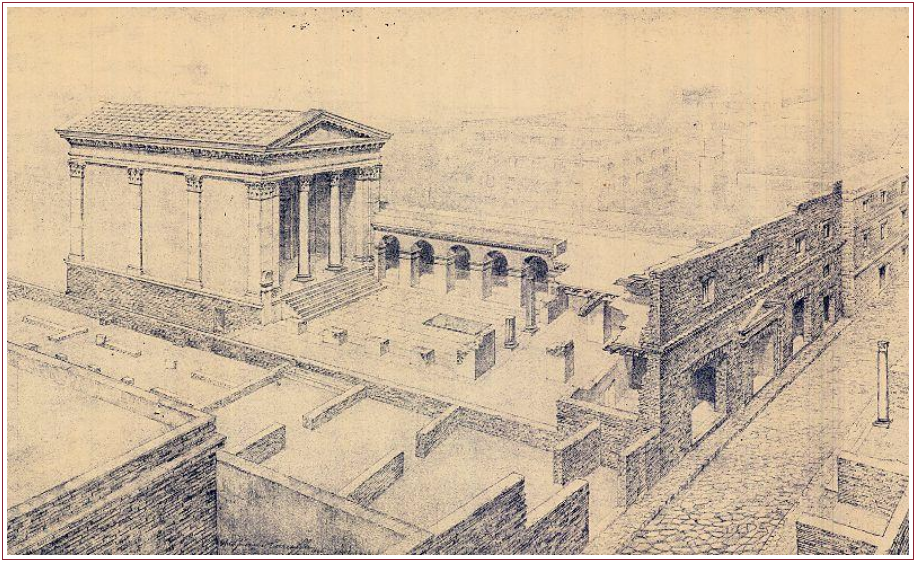 Through the Ostiense collection, it is possible to deepen the path that over the years has led the drawing from sometimes pictorial representation of archeology to a scientific document.

An expression capable of methodically conveying all the information necessary for the analysis and study of the monuments of the Ostiense area and their context.

The material, entirely cataloged, includes the graphic documentation relating to the territory of competence of the Ostia office already before the D.M. n. 44 of 23 January 2016

“Reorganization of the Ministry of Cultural Heritage and Activities and Tourism pursuant to art. 1, paragraph 327, of Law no. 208 of 28 December 2015”,

There are numerous historical drawings in the inventory, among them the plan (inv. 71, 137×65 cm) made by Pietro Holl in 1804 is considerable,

reference for many of the subsequent elaborations of the excavation area. The topographical plan, with a scale of representation in Roman pipes,

it represents the Ostiensi buildings excavated during the pontificate of Pius VII between 1803 and 1804 with all the adjacent buildings indicated.

In the following years, in Ostia Antica, systematic excavation campaigns took place on an urban scale and consequently numerous documents of great interest were made.

Under the direction of Dante Vaglieri between 1907 and 1913, the relief and graphic documentation of Ostiensi buildings reached a high scientific level and with the work of the architect Italo Gismondi,

during the excavations carried out in anticipation of the Universal Exposition of 1942, the current documentation of the five Regions of the Ostia Excavations will be practically given substance,

subsequently assembled in the “General Plan of Ostia Antica” of 1949.

In this long period, the graphic production of Omero Visca and Giorgio Pascolini was relevant who,

operating throughout the territory, they contributed to expand and enrich the documentary heritage present in the current Archive;

a notable contribution was provided, among others, by Maria Antonietta Ricciardi who updated the “General Plan of Ostia” and took part in the 70s-90s of the twentieth century

to the reorganization and arrangement of the Archive.

In the following years, the rapid scientific and technological progress and the awareness of the potential of the new survey and representation systems,

it made it possible to get to know the characteristics of the Ostiense artefacts under study in an ever more in-depth way; it is in this context that the contribution provided by Giuseppe Tilia is placed,

detector and designer, who has wisely associated the use of traditional systems with the application of the most advanced detection and graphic rendering technologies.

The graphic documentation collected over the years, consisting largely of drawings made on glossy paper, due to time and wear caused by the numerous manipulations,

made these supports fragile, causing an inevitable deterioration process.

To remedy this state of affairs, appropriate conservation and safeguarding solutions were first implemented which today guarantee the good conservation of the assets,

then a digitalization campaign of the drawings was launched, aimed at their consultation even remotely.

With this in mind, already in 1997, a first project was started aimed at the creation of a database in anticipation of the future acquisition and association of images;

but it is starting from 2008 that thanks to adequate resources, it was possible, in a new and more coherent logistic arrangement, to equip the Drawings Archive with the necessary tools (

large format scanners, dedicated servers, etc.) which made it possible to completely review the entire inventory and create a new database

capable of providing all the data necessary for the management of the collection (author, date, location, document format, etc.).

On this occasion, the Office was able to plan and initiate a coherent and systematic restoration campaign for the drawings whose conservation status was more critical.

The current consultation form present here allows the user, directly from the institutional site of the Archaeological Park, by accessing the NADIS,

to query the DB and to verify, through a preview of the image of the drawing in low resolution raster format, the existence or otherwise of what was sought.

For study, publication or other purposes, to obtain high resolution digital copies of the selected files, it is necessary to send a specific request to the Director of the Archaeological Park of Ostia Antica.

The Drawings Archive is open to the public by appointment, from Monday to Friday from 10.00 to 12.00.